Making this  – bringing the work off the screen was incredibly useful. I was asked if it will be this size… no. (This booklet was handy – I owe my son a stocking-filler though). I will make the book in ID over the next ten days or so and fix a size but whatever happens in the making of it is open to need and further development.

This is not a fixed sequence, in fact, I scanned it in the wrong sequence because I’m tired and kept missing pages – it’s not a fixed anything, just a step in the journey. There is lots more writing which I never got to include in this initial manifestation plus some images but that is what I need to work on some more. The writing is driving this at the moment rather than photography. That’s ok. I have countless notes on my phone, phrases and thoughts, sentences, ideas which keep coming (see example below) and so I have to let that continue. No, this colour scheme is not it. The book is from Tiger… 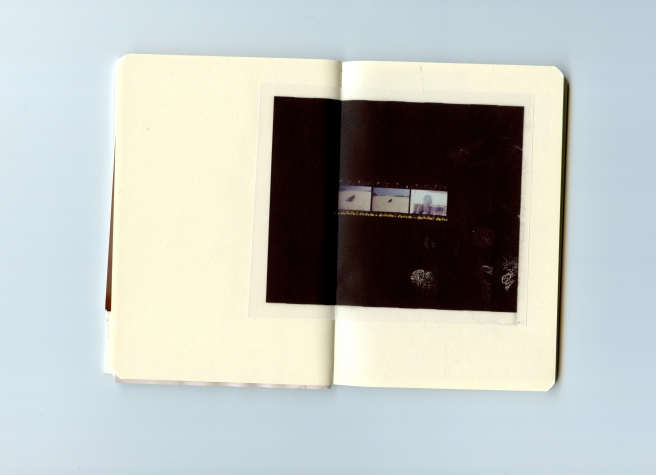 As mentioned, some notes from my phone with ideas, writing, things I’ve heard etc. I actually like the randomness and unstructuredness of some of this as-is, there is a freedom to it that isn’ in the earlier stuff:

The traumatised grown up

Sons hand me their hatred to carry around

To the academics who fail to recognise their privileged booty

Manifesto for the digitised self/age

Sure, it’s fine for Philip Larkin to peer out of his train window and scoff at cheap fabric and gaudy hats

Behind the shopfront, beneath the surface  everyday consumer

Trapped inside these words which cannot entertain a different world

Reality is fucking with you

Deity, divine, godhood, diabolical, decapitation, apotheosis, Ex rain god, enchantment  / Zeus sat down with Greta Garbo  – they don’t know how to create gods anymore, they worship objects. Laughter/ Zeus, my children don’t listen to me, I might as well not exist, I despaired then you and your friends came along, but then it was like the old days, not like that guy who wanted sole charge. He got it all wrong,

There are no photographic records of my Czechoslovakian relatives, brewers who perished under the Nazi’s, in camps and ghettoes – missing images

Floor, my entanglement with Tom

3 thoughts on “BOW: A3 dummy booklet”

This site uses Akismet to reduce spam. Learn how your comment data is processed.